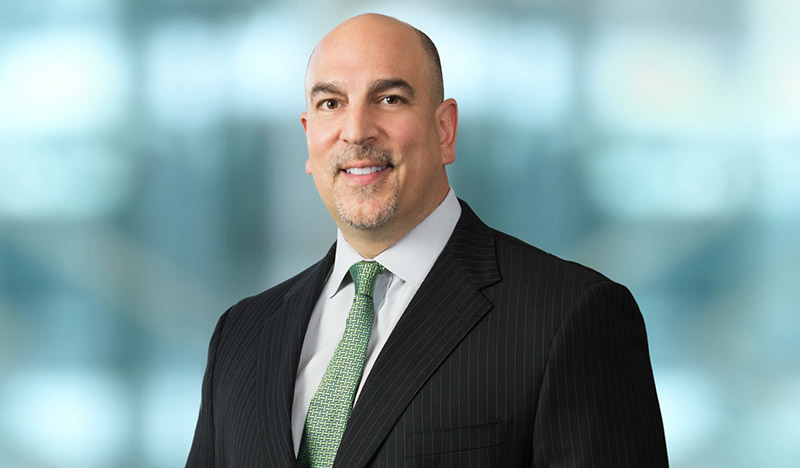 Whether its practicing law, partnering with local charities, or mentoring the leaders of tomorrow, Michael Krywucki aims to help others thrive just as he has from opportunities and mentors in his life.

Krywucki, a real estate and transactional attorney and shareholder at Munsch Hardt in Dallas, says he decided to become a lawyer after seeing what his stepfather accomplished in the profession.
“I saw how he got to help people,” Krywucki says. “You get to bridge the gap between a person’s need and a solution.”

In almost a quarter of a century with Munsch Hardt, Krywucki has helped clients in a variety of ways, from helping launch Legend Airlines and selling Ross Tower in Dallas to working on the mixed-use development Gables Water Street in Las Colinas.

“I’ve supported them in all their retail-leasing matters,” Krywucki says. “I’ve been with them for the entire lease-up of the project.”

Although he continues to do plenty of work in real estate for clients, most of his time these days is spent on a variety of transactional matters.

As a transactional lawyer, in addition to clients’ real estate acquisitions, development, and leasing, he handles legal framework for internal practices, deals with vendor engagements, and more.

His biggest current client is Toyota Motor North America in Plano. Much of Krywucki’s work at Toyota is confidential, but a recent high-profile deal he worked on was the deployment of the largest corporate onsite solar array system in Texas at Toyota North America’s $1-billion headquarters.

“My approach to law is you pay attention, understand who your client is and what their needs are, and try to address those needs in the best way to advance their interests,” he says. “You try to treat every transaction as if it was your deal.”

When he’s not at work, Krywucki wants to enrich the lives of others because others invested in him.
He considers his involvement in The Real Estate Council (TREC) as “the most formative and contributing participation I’ve had in any organization.”

He first got involved in TREC in the early ‘90s, working on membership and professional services initiatives. In 1997-98, he was a member of the Associate Leadership Council (ALC) class. Since then, he’s served several terms on various TREC boards (he’s secretary this year) and chaired the ALC Class of 2010-11. In 2012, Krywucki chaired the organization’s biggest fundraiser, FightNight.

Krywucki calls his involvement in TREC “a little bit of a fountain of youth” because of the opportunity to get to know young, ambitious real estate professionals.

Krywucki says that although those under 35 may approach life a bit differently, they are just as eager as he was to gain mentors and to help others.

“TREC is something of a one-stop shop, not just for networking, but a chance to give back to the community, and for education,” he says.

Each ALC class adopts a community service project, raises funds for it, and performs much of the labor. FightNight provides seed money, but class members must multiply that amount several times over through donations of materials, services, additional funds, and sweat equity.

In 1998, Krywucki’s class converted a Dallas liquor store into a computer center for the community. The class he chaired in 2011 renovated a significant portion of Promise House for homeless youth in Dallas, adding more housing and storage space.