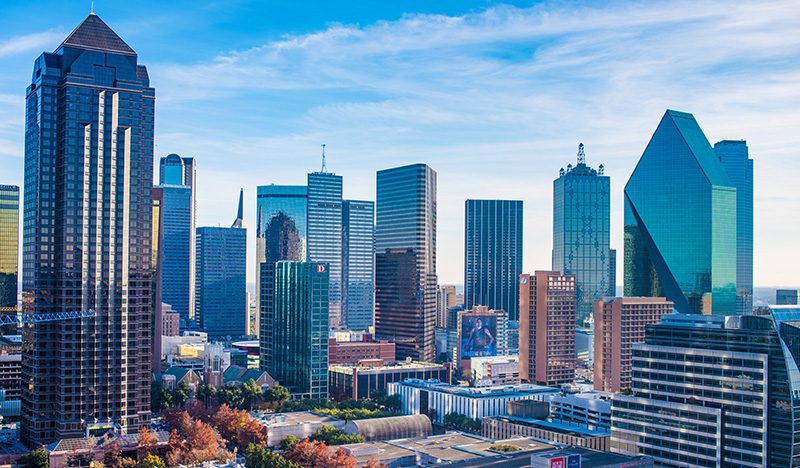 Most of the time, you’ll win a bet if you wager someone can’t name the largest U.S. company to make a headquarters location announcement in 2018. Even if you drop the eyebrow-raising hint that it wasn’t Amazon, it’s likely most won’t recognize McKesson — moving to Irving in 2019— as a Fortune 6 company. While the Dallas Region did not win HQ2 of the nation’s eighth biggest company (Amazon), we landed HQ1 for the nation’s sixth-largest company. Combined with Core-Mark, another Fortune 500 headquarters that quietly announced a 2019 move to Westlake from south San Francisco, they are the 23rd and 24th Fortune 500 HQ1s to call this region home. Two Fortune 500 location announcements in one year is fantastic. McKesson and Core-Mark join Jacobs, Fluor, Comerica, and AT&T as Fortune 500 companies to move here in recent years. They join Toyota, Boeing Global Services, NTT Data, Hilti North America, Copart, Smoothie King, and many other headquarters that also have relocated here.

If we go ahead and count McKesson’s move, the Dallas Region is the headquarters location for three of the 10 largest U.S. companies — Exxon, McKesson, and AT&T. No other metro area in the U.S. has more than one. That’s another good business trivia question. Irving, home to both Exxon and McKesson, has more Fortune 10 headquarters than any other city in the United States.

In 2016, McKesson considered multiple metro areas in the U.S. for a major corporate office consolidation and selected Irving, a great win for the Irving-Las Colinas Chamber of Commerce and the City of Irving team. The State of Texas supported McKesson’s growth with a Texas Enterprise Fund award. The headquarters remained in San Francisco then, but winning that consolidation set the stage for the headquarters to follow. The DRC’s initial engagement with McKesson was in 2015 on a California marketing trip. We learned the company was evaluating its U.S. footprint and that we’d likely have an opportunity to recruit a larger presence here.

We know we’re a top spot for HQ1s and an attractive place for major second campuses for companies currently based elsewhere; even if well-publicized decisions by Amazon and Apple did not include our region.

From reports and our direct communication with Amazon, including the second visit to Dallas in August, we know the Dallas Region made a deep run. Amazon compressed the urgency and timeline to reach 50,000 jobs, which I believe inspired the company’s decision to split HQ2 and cast the widest net possible in the nation’s most tech-talent-rich corridor. Apple announced in early 2018 its plans to significantly expand at existing campuses (such as Austin) and also to select a third market outside of Texas or California for a major new campus. While we’re disappointed not to have been selected by Amazon, and not a spot Apple considered, according to its plan, we’ve been winning corporate campuses for a while. It’s not a brand new trend.

The Charles Schwab campus under construction in Westlake is a prime example, and near it is Fidelity’s huge campus. Capital One in Plano, Microsoft in Irving, and State Farm in Richardson are other great examples of companies locating and growing here in a big way.

The Dallas Region is ideally suited for either headquarters or major offices. It has the largest critical mass of talent, corporate activity, and support services in the U.S. — all in a business-friendly state. Our cost-of-doing-business and cost-of-living profile gives a company confidence it can find, bring, and attract large numbers of employees here. For a corporate headquarters, we add our enviable advantage of incredible air service, combined with a central U.S. location and time zone.

There’s more to come. As we roll into 2019, the DRC’s list of active projects has companies, including tech companies, seeking a new headquarters or major campus location. Our final marketing trip of 2018, the week of Dec. 17, included a C-level meeting with another of our targeted companies. We plan to increase by 50 percent our marketing trips and corporate calls in 2019 to leverage our success and take advantage of the moment.